Buttons and Pop (Popsicle) Sticks is an invitation to play opportunity for children to explore and experiment freely with the basic items provided.  Children can create pictures with the pop sticks and buttons, balance the buttons along the pop sticks, sort buttons by colours, size or shape and even match the different coloured buttons to the same coloured pop sticks.  The ideas are endless!

You will need small and large coloured/plain pop sticks pop sticks and an assortment of coloured buttons.

Encourage your child to create basic patterns, model making patterns and talk about what comes next in the pattern.  For example, place one pink button followed by a blue button, then another pink button followed by a ____ button.  Predicting what will come next in the pattern.  The patterns can increase in difficulty as your child understanding develops, such as two red buttons, 2 blue buttons, etc.

Teaching patterns to children is the early skill which is recognised under the mathematical term Algebra.  Algebra is about seeing relationships and as children recognise and create patterns they begin to see and understand how things work together.

1 thought on “Buttons and Pop Sticks” 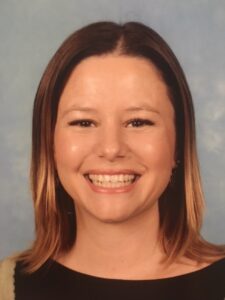 Hi and welcome to Learning 4 Kids!

My name is Janice and I am an Australian Pre-Primary Early Childhood Teacher (5 and 6 Year olds). I have a Bachelor of Education (Primary Education) and Graduate Certificate of Early Childhood Education.

I have a strong passion and love for teaching and creating meaningful learning experiences for my students. What I love most is watching children discover in those amazing light bulb moments. I hope Learning4kids brings you some useful ideas.